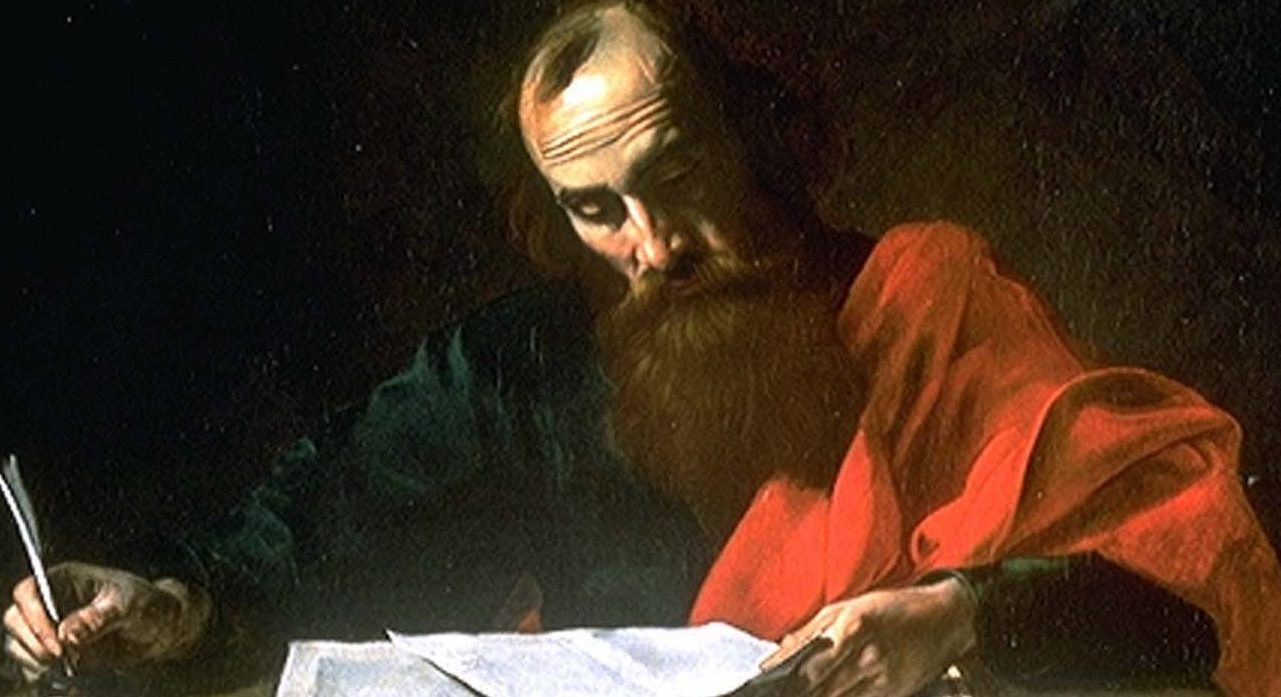 At the beginning of our reading today, the Philippians are being persecuted and struggling to know what to grasp hold of in an environment hostile to Christianity. As with our own crises, this persecution confronts them not only with the question of how they can persevere practically. It also challenges what they value, what they believe is most fundamental about themselves and God. It challenges where the Philippians secure their identity and their understanding of God.

With this search for something secure in mind, it is not surprising that amid persecution even the Gentile church of Philippi is considering circumcision. Circumcision offered them something in which to secure their communal identity. The roots of circumcision for the Jews went back to God’s promises to Abraham. Circumcision was how God sealed the covenant on Abraham and his household. And each new generation was circumcised to signify that they were a people marked out for God’s promises. Thousands of years later, the Philippians were considering circumcision to ground their identity in God’s promises to Abraham. Through circumcision, they could grasp hold of their membership in the people of God and claim its promises. In the face of persecution, they could grasp hold of God’s providence through circumcision.

This sounds alright, but Paul just has no patience for it.

“Beware of the dogs, beware of the evil workers, beware of those who mutilate the flesh! We are the circumcision!” And this is more than just a simple set of invectives followed by an assertion that they already are inheritors of the Abrahamic promises. If you’ll humor me a second, the Greek is really insightful. Translated literally from Greek the last two phrases play off each other: “Beware of the mutilation, for we are the circumcision!” But Paul isn’t just having fun with words: the word we translate as “mutilation,” is the word used in Greek translations of the Old Testament for pagan self-mutilation. Most memorably, it is used in 1 Kings 18 where both the priests of Baal and Elijah pray to their gods to send fire out of the sky to burn up their offerings. The priests of Baal cut themselves in desperation, hoping that their sincerity might earn Baal’s compassion. Literally through their flesh they try to earn Baal’s attention. The end of the story is that Baal doesn’t respond, but the God of Israel does and Elijah calls Israel to stop wavering in their allegiance to God. But for our purposes today this story is worth noting because by referencing “mutilation” Paul reframes the Philippians interest in circumcision within the priests’ desperate attempts to earn favor. In doing so, Paul points out the foolishness of their attempts to ground their security in circumcision. Not only is it futile to try to earn our security through circumcision, but such a pursuit of security horribly misunderstands salvation and the way of God’s salvation.

God does not offer us security. Rather, He offers us a way of salvation that goes through Christ’s suffering to His resurrected life.

We are saved as we are found in Christ, as we forsake our security, our achievements—all that we have and all that we are—to know Christ because they are worthless before him. Suffering comes with this recognition first because it invites us into the truth about ourselves and then because it invites us onto the self-sacrificial way of Christ. The first—recognizing the truth about ourselves—is suffering because all that we are fights against it. We love ourselves. We are afraid to lose what we hold dear. Like the emperor in the fable, our pride blinds us to the truth of our nakedness. But alone we wallow in poverty. Recognizing this is scary on its own, but we are also afraid to recognize this because to do so is to realize the claim that Christ has on us. It is terrifying that our only hope is to be found in Christ, united to him in his suffering, his self-emptying, but this is the only way to resurrection.

This is what Paul points the Philippians towards in the compelling finish to our passage today: “Paul’s own story bears the imprint of Christ’s way of self-emptying and exaltation” (Migliore, Philippians and Philemon, 122). In the flesh, Paul’s CV was impressive. He had worked to grasp hold of God’s promises.

• He was circumcised on the eighth day (exactly as levitical law demanded);
• he was born into the Jewish community (not an outsider later incorporated);
• he belonged to the tribe of Benjamin (the leading tribe of the Jewish people);
• a Hebrew of Hebrews (schooled in the language of the Torah);
• a Pharisee of Pharisees (the strictest sect of them all)
• as to zeal, a persecutor of the church.
• according to righteousness by the law: blameless.

Before Jesus showed up on the scene, Paul did not have any qualms about his life. He was completely secure with himself and God.

Yet one day on the way to Damascus, Christ meets Paul. Suddenly all those things by which Paul saw the world melt away in light of Christ.

He has the painful realization that all the ways that he has made sense of the world and secured his identity before God… they are just worthless.

Christ shows him that all of his attempts at claiming God’s promises are rubbish before the surpassing value of knowing Christ Jesus. In Paul’s declaration to the Philippians that his circumcision, his heritage, his pedigree, his zeal, his blamelessness are all worthless, we see his life joined to Christ. Paul has been emptied of all those things to which he had clung, that had grounded his identity. His life is so joined to Christ that he can declare “I want to know Christ and the power of his resurrection and the sharing of his sufferings by becoming like him in his death, if somehow I may attain the resurrection from the dead” (vv 10-11).

This is the way of salvation.

Recognizing the Philippians’ struggle to persevere through persecution, Paul points them and us to Christ, his death and resurrection.
He is our salvation, the one whose light melts away our pride the one whose very life provides us a way, and the one who has called us heavenward,
But, His way is not the way of security we might prefer to seek.
No, we are invited into his very wounds, “if somehow [we] may attain the resurrection from the dead.”
Let us press on to make his life our own, because Christ Jesus has made us his own.

Sermon was preached by Joel Steiner at St. Matthew’s Riverdale on the Eighteenth Sunday after Pentecost, October 8th, 2017.