Meditation In A Time Of Social Isolation 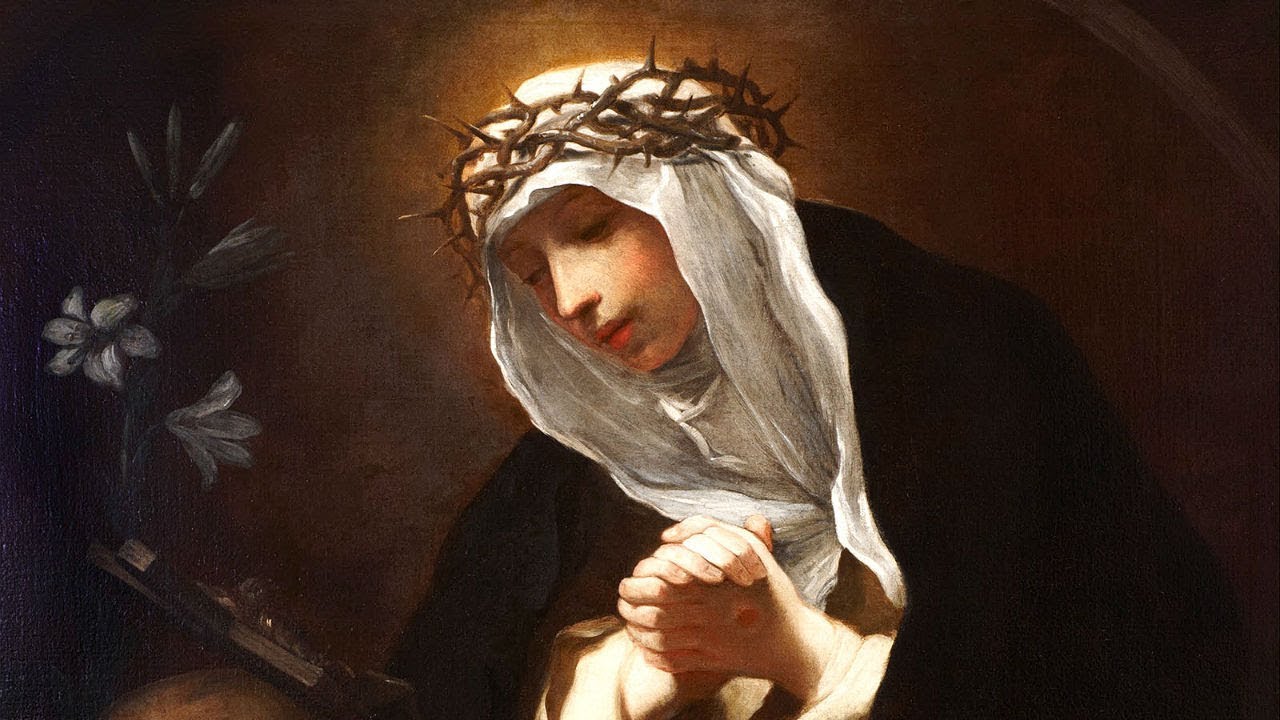 I have seen St. Catherine’s finger.

Catherine of Siena lived in the 1300s, and I have seen her finger. I don’t mean that metaphorically. Her finger (rather small and shrunken, it must be said) rests in a glass case in her church in Siena, unnervingly real – as the letters she wrote speak with a startling vitality still, “in a voice” (her translator says, quoting Dante) “more living than our own” (Vida D. Scudder, Letters of Saint Catherine of Siena [London: Dent, 1927], 2).

St. Catherine wrote letters to bishops and kings, to rakes and popes, to prisoners, lawyers, soldiers and to her mama; she wrote letters about politics and about the intimate heart of faith. Most of her letters were dictated, like St. Paul’s; she learned to write only in the last few years of her short life (she died at 33, having already advised kings and influenced history). But in her letters the people heard the voice of the One she often spoke of as the Good Shepherd, a word living and active, piercing, often, until it divides joint from marrow: Catherine minced no words.

To the Pope in Avignon she wrote:

If a man loves himself, perverse pride, head and source of every ill, lives in him, whatever his rank may be…If he is a prelate he does ill, because to avoid falling into disfavour with his fellow-creatures – that is, through self-love, in which he is bound by self-indulgence – holy justice dies in him. For he sees his subject commit faults and sins, and pretends not to see them, and fails to correct them…and plasters vice over; and he is always afraid of giving displeasure or getting into a quarrel. All this is because he loves himself (Letter to Gregory XI, Letters,118).

She sought always to call people – herself, her friends, her Pope – to a love of Christ which catches up everything in its purifying fire…so that priests might serve without ambition or timidity or self-interest; so that the church might be a true shepherd, drawing people always to Christ; so that out of a habit of love, and a refusal of self-love, the world might find itself at peace.

She had a vision of unity. She found a people at war, and a church corrupt and divided.

From the contemporary “Chronicle of Neri di Donato”:

It seems as if a planet reigned at this time which produced in the world the following effects: That the Brothers of St. Austin killed their Provincial at Sant’Antonio with a knife; and in Siena was much fighting. At Assisi the Brothers Minor fought, and killed fourteen with a knife. And those of the Rose fought, and drove six away…So with brothers according to the flesh—cousins, wives, relatives and neighbours…Thus all the world was a place of shadows (cited in Letters, 18-19).

Siena revolted against the Emperor. The Pope (having fled Rome for Avignon) declared war against Milan; his English mercenary Sir John Hawkwood (to whom Catherine also wrote) ravaged Tuscany; Florence rebelled against the Pope. Plague broke out; robbers lurked on the roads. Eighty Italian cities banded together with Florence against the Pope and in the streets of Florence the Papal Nuncio was flayed alive.

It was a mess. And Catherine, twenty-fifth of twenty-five children of a wool-dyer, lifted her finger and spoke these words into the strife of the time. To the King of France she said,

Observe the doctrine which that Master upon the Cross gives you…that is, love and affection with your neighbour with whom you have so long a time been at war. (Letters, 169)

Where is the king to find the capacity for this love and affection? In the cross of “sweet Jesus,” “slain with such fire of love for our salvation as seems insatiable. Still he cries that he is athirst” (Letters, 120). Look to him, she tells the king, the Pope, her mother, and herself.

For you know well that without this root of love, the tree of your soul would not bear fruit but would dry up…He gave you the example, hanging upon the wood of the most holy Cross… “Father forgive them,” he said to those who crucified him. Behold his unsearchable love! (169)

She holds King and Pope to a high standard:

“Oh me, oh me, sweetest “Babbo” mine!” she writes to Pope Gregory: “How dangerous is that worm we spoke of” – that self-love which seeks only to please.

Why does the shepherd go on using so much ointment? Because he does not suffer in consequence!…Blind is the sick man who does not know his own need, and blind the shepherd-physician, who has regard to nothing but pleasing and his own advantage – since, not to forfeit it, he refrains from using the knife of justice or the fire of ardent charity!” (119)

I have heard that you have appointed the cardinals. I believe that it would honour God and profit us more if you would take heed always to appoint virtuous men. (122)

Let no more note be given to friends or parents or one’s temporal needs, but only to virtue and the exaltation of things spiritual. For temporal things are failing you from no other cause than your neglect of the spiritual (120).

And yet this woman went on to be not only Pope Gregory’s advisor and peace-negotiator, but advisor to Pope Urban in Rome.

It is perhaps because even as she rebukes and censors, Catherine’s love for “sweet Jesus” and his cross and his church, her passionate holiness of heart and life, leap off the page.

“O sweet and glorious fire, which is of such power that it quenches fire and every inordinate delight and pleasure and all love of self.”

How did those “holy and true shepherds” of old, the first apostles and bishops of the church, find this fire? They “grafted themselves into the fruitful tree of the most holy and sweet cross, where they found the Lamb, slain with such fire of love for our salvation as seems insatiable.” (120)

It is a fire that calls to us from the love of Christ:

O sweet and good Jesus!…He has revealed himself to us in our humanity, a Tree full of sweet and mellow fruits, in order that we, wild trees, might graft ourselves in him. (121)

At the end of her life, with the Great Schism, Catherine saw her hope – and her work – for peace, the reform and unity of the church, broken. Yet even this did not dim the fire that was in her. She offered her last days, and the considerable suffering she knew in them, as a prayer for the church she loved. And she heard God say to her: “Sweetest my daughter, thou seest how [the church] has soiled her face with impurity and self-love, and become swollen by the pride and avarice of those who feed at her bosom. But take thy tears and thy sweat, drawing them from the fountain of My divine charity, and cleanse her face. For I promise thee that her beauty shall not be restored to her by the sword, nor by cruelty or war, but by peace, and humble continual prayers, tears and sweats, poured forth from the grieving desires of My servants.”

Catherine’s finger rests in the church for which she spent herself in love.

My life is consumed and shed for this sweet Bride, she writes to Raimondo in one of her last letters. I pray the Divine Goodness soon to let me see the redemption of his people (349).