Blessed Are The Poor In Spirit 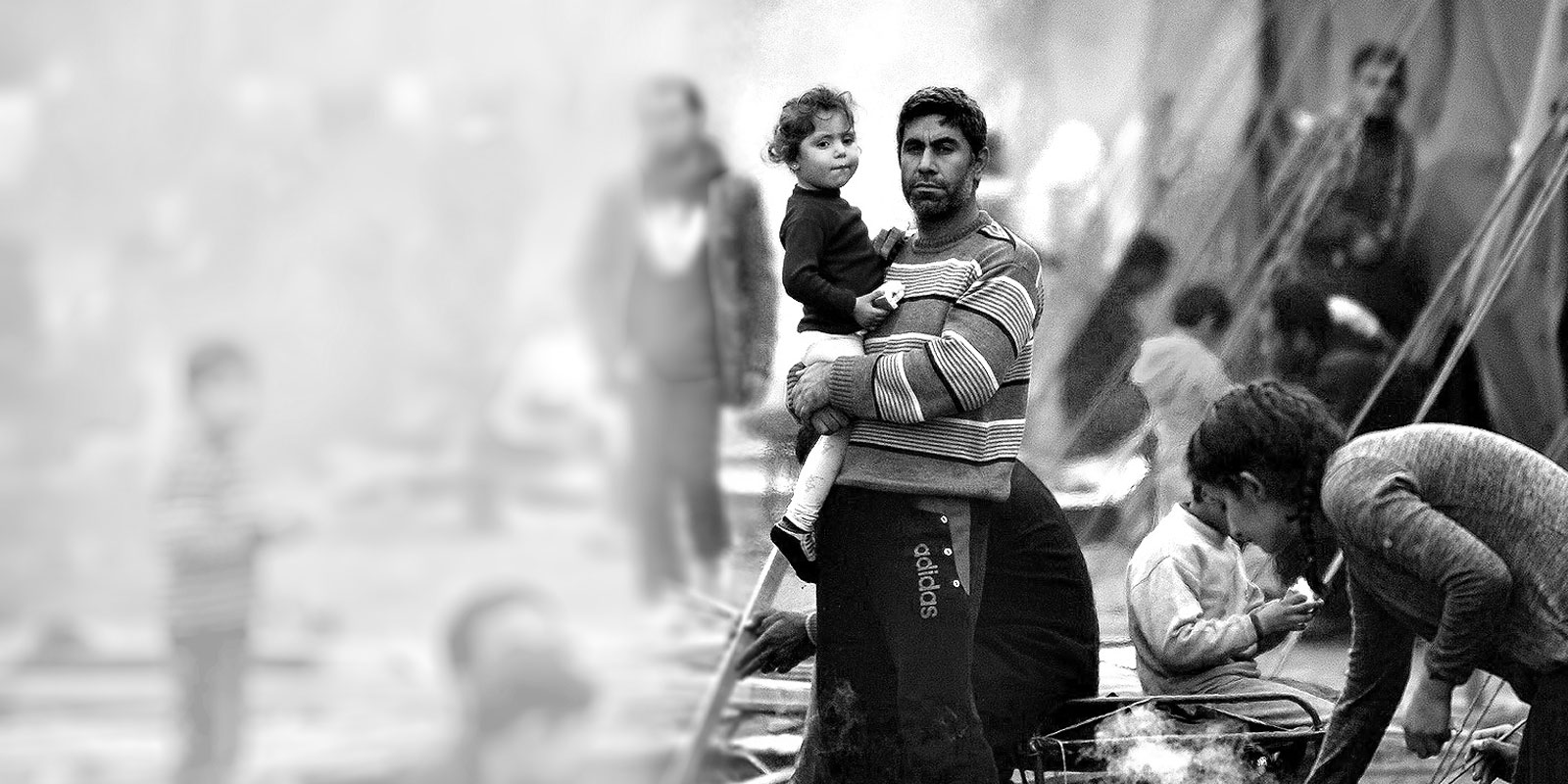 Blessed are the poor in spirit, for theirs is the kingdom of heaven.

Jesus goes up on the mountain today, and gives us the charter of our kingdom.

It is not the usual vision of a kingdom.

Contrast Jesus’ words with another vision of a kingdom, one we heard from our neighbour to the south just last week.

Strong, wealthy, proud and great. This is what a kingdom is, in the vision of the world.

President Trump is not alone in his vision of the kingdom. Listen to what Caesar Augustus had to say—Augustus, ruler of Rome and most of the known world at the time of Jesus’ birth.
Towards the end of his rule, in about AD 17, he wrote an account of his accomplishments and had them inscribed on bronze pillars and set up in Rome.

The deeds of the divine Augustus, by which he subjugated the whole wide earth to the rule of the Roman people, and of the money which he spent for the state and Roman people. In my nineteenth year, on my own initiative and at my own expense, I raised an army with which I set free the state. …I often waged war, civil and foreign, on the earth and sea, in the whole wide world…21 times I was named Imperator…Kings and nine children of kings walked before my chariot in my triumphs.
(Res Gestae Divi Augusti, online, http://classics.mit.edu/Augustus/deeds.html. Accessed 29 Jan 2017.)

Strong, wealthy, proud and great. This is the vision of the kingdoms of this world.

Blessed are the humble, Jesus says.

For Jews demand signs and the Greeks seek wisdom. But I proclaim Christ crucified, a stumbling block to Jews and foolishness to the gentiles—but to those who are the called, both Jews and Greeks, Christ the wisdom and the power of God. (1 Cor 1:22-24)

Jesus is the king whose throne is a cross and whose crown is made of thorns. Jesus is the suffering one.

Why? Because this is the appearance of God’s face in a world that is suffering and lost.

For our world is not only strong and wealthy and safe and proud and great. The world is also poor and in pain. We wept before Christmas to see the bombs raining down on the ancient city of Aleppo and children haunting the battered streets like ghosts. The world is full of wrong and heartache; we do not always do what is good.

O my people, what have I done to you? In what have I wearied you? Why do you turn from my way? God cries through the prophet Micah.

I have told you what is good: to do justice, and to love kindness, and to walk humbly with your God (Micah 6:8)

You know what is good. And yet you do not do it. Your wealthy, Micah goes on to say, are full of violence and your inhabitants speak lies.

True. This is still true.

I worked for many years at a church that had more than the usual number of the wealthy and strong and proud and great. My experience was that there were among them the more-or-less good and the more-or-less not so good in the same proportion as anywhere else. It is the scale that is different. I remember speaking to a businessman at a wedding reception. He owned shoe factories in Africa for name-brand shoes sold here, and he told me that in the village where his factory is, he paid his workers $2 a day. He said this with some pride. Now I have four children, and I know how much shoes cost. Especially for teenagers—and especially for boys, for some reason. Sports shoes are incredibly expensive. So I said to him—but what is your profit margin? … His point was that he was doing a good thing for the villagers. Two dollars a day for them was riches, and it was steady and dependable work.

The wealthy are full of violence. There is a violence built into the structure of things in our world, and in some incalculable way we are all implicated. And so the rich grow richer on the good wages they pay the poor, and the bombs rain down on the ancient city and the borders are closed by those who are safe to people who are fleeing for their lives.

What is the shape of God’s face in this beautiful and bleeding world?

It is bleeding, crowned with thorns. And it is beautiful. Because these thorns are the shape of love. Though we turn away, God does not turn away from us.

Where we are most lost, there he comes to walk with us. In Jesus he comes. In Jesus he suffers the violence that we do. He suffers it in his own body, in the nails pounded into the cross. He suffers our failure to be just. On the cross he takes the violence we do into himself, he takes it into the love of God, so that there our wrong, all this world’s suffering, may be turned into love.

He mourns with those who are mourning. He does not turn away. The borders of heaven are not closed. And on the cross he makes it possible for us to turn back. He lives the love that does not turn away, so that we may, by his example and by his grace, live it too.

So that we may mourn with the mourning. So that we may hunger and thirst for righteousness. So that we may cry out at the injustice of the world; so that we may live the love Jesus has shown us—not perfectly, often stumbling, but given the grace to try again and again in the God who is with us in Jesus Christ. So that we may not turn away, but open our homes and our hearts to all those who suffer violence in the world.

Jesus lifts us up on his cross into the life of the kingdom of God.

And on that cross Jesus does another thing too. He lifts up on his cross forever all the poor and persecuted people of the world. Their suffering in his own flesh enthroned; his face crowned with their tears.

Blessed are those who mourn. Blessed this day are the refugees. In their faces, the face of Christ.

In the faces of our Syrian friends, and in this community where we gather with them by the grace of God to eat together in love, the face of Christ.

Sermon was preached by Rev. Dr. Catherine Sider Hamilton at St. Matthew’s Riverdale on the fourth Sunday after the Epiphany, January 29th, 2017.